Editor’s Note: Morning Money is a free version of POLITICO Pro Financial Services’ morning newsletter, which is delivered to our subscribers each morning at 6 a.m. The POLITICO Pro platform combines the news you need with tools you can use to take action on the day’s biggest stories. Act on the news with POLITICO Pro.

Welcome to jobs day: Beware a big headline number — The January jobs number this morning is likely to look WAY better than December’s drop of 140K. But it may be less than meets the eye given temporary seasonal factors.

But a strong — though perhaps illusory — headline number could further pressure the Biden administration’s efforts to jam through its full $2 trillion Covid package. Consensus is for a gain of 50K, unemployment remaining at 6.7 percent and hourly earnings up 0.3 percent. But some estimates are significantly higher.

Moody’s Mark Zandi emails: “Employment is expected to increase by 250,000 jobs in January, and unemployment will hold steady at 6.7%. Average hourly earnings will post a small 0.1% gain.

“Even this paltry job gain is overstated as it reflects favorable seasonable adjustments to employment in highly seasonal industries such as retail and leisure & hospitality that have been hit hard by the pandemic. … January employment numbers incorporate the annual so-called benchmark revisions. BLS has already said that employment will be revised lower, so that even with the January employment gain, the economy will still be down almost 10 million jobs”

Pantheon’s Ian Shepherdson: Today’s January payroll numbers are a tough call … But the seasonal factor for January services employment is huge, and positive; last year, it added exactly 1,500K to the unadjusted number. If that were to repeat in January this year, the seasonally adjusted headline payroll print likely would be north of 1.6M …

“[L]ayoffs now appear to be subsiding, based on the latest jobless claims numbers, but that tells us more about the potential for stronger payrolls in March and beyond, rather than February. … We’re going to put most of our faith in ADP and the increase in jobless claims, so our forecast is a 200K increase in January payrolls.”

Via Goldman Sachs: “We estimate nonfarm payrolls rose 200k, above consensus of +100k. Stabilization in dining activity and in the severity of business restrictions suggests a smaller or minimal drag from the coronavirus relative to December.”

And there is a bigger problem: Long-term joblessness — Our Megan Cassella: “Millions of Americans are staring at the reality of long-term unemployment, a precarious and worsening situation that threatens to drag on the economic recovery even after the pandemic begins to subside.

“More than one in three jobless Americans — or nearly 4 million people — are now classified as long-term unemployed, which the Labor Department defines as being out of work for six months or more. And that total, which is expected to rise again when January jobs data is released on Friday, is likely an undercount”

A message from U.S. Bank:

Relationships may look different now, but they matter more than ever. That’s why we’ve been partnering with local organizations to empower those who know their communities best.

Like in Arizona, where we helped the Hispanic Chamber of Commerce support a local photographer who lost 90% of his income due to COVID-19.

When the photographer reached out to say thank you, we gave him more business – by hiring Everardo ourselves. Learn more.

January jobs report at 8:30 a.m. expected to show a gain of 50K (but could be much higher) with unemployment remaining at 6.7 percent and wages up 0.3 percent. … President Biden this morning meets with House Democratic leaders and the Chairs of the House committees working on this stimulus plan.

EFFORT TO TARGET STIMULUS PAYMENTS GAINS STEAM — Our Burgess Everett: “The Senate overwhelmingly approved a proposal led by Sens. Susan Collins (R-Maine) and Joe Manchin (D-W.Va.) barring ‘upper-income taxpayers; from eligibility for stimulus checks proposed by … Biden, the latest sign that the next round of direct payments will be far more targeted than previous rounds. … The amendment passed during the Senate’s budget ‘vote-a-rama’ on Thursday afternoon, 99-1. Just Sen. Rand Paul (R-Ky.) opposed it. …

“The effort showed that though the Senate Democratic majority may be moving forward with a coronavirus proposal that sidelines Senate Republicans, the bipartisan negotiating group led by Manchin and Collins isn’t done yet. The amendment was filed with 16 co-sponsors, roughly evenly divided between the two parties.”

SF FED PRESIDENT GETS PERSONAL — San Francisco Fed President Mary Daly gave a deeply personal speech on Thursday about implicit bias, starting with this story: “About 40 years ago, I found myself sitting in a coffee shop, waiting to have a conversation with one of my students. We’d just finished a semester at the University of Missouri—Kansas City. …

“When the semester came to an end, I couldn’t wait to see my evaluations. They were great—one after another giving me high marks and expressing thanks. I remember feeling this tremendous sense of pride—like maybe I had found my calling. But as I got close to the end of the stack, I came across one that was unexpected. In the margin of the form, handwritten in pen, someone had commented: ‘I wonder if Mary is a racist.’”

Read the whole speech here. It ends with this thought: “Institutions are simply mirrors. They reflect who we are and who we want to be. If we change, so will they.”

PROGRESSIVE GROUPS LAUNCH SEVEN-FIGURE CAMPAIGN DEMANDING COVID RELIEF — Via Aubree: A coalition of progressive groups is teaming up on a major ad campaign targeting congressional Republicans, urging them to move forward with a comprehensive Covid-19 relief package. They are calling on Republicans to support $2,000 survival checks, at least $600 a week in expanded unemployment benefits and a $15 minimum wage, as well as free universal Covid-19 vaccine distribution

MEME STOCK MOMENT ISN’T OVER — Mohamed A. El-Erian in the FT: “The retail investor ‘Reddit rebellion’ has painfully been exposed to one of the big lessons of popular political uprisings — although that does not mean it will not return.

“First, early gains won during the initial surprise attack on the established order are hard to maintain if the movement is leaderless, lacks staying power and is easily distracted. Second, the established order — supported in its ‘counter attack ‘by those wishing to minimise disorder and uncertainty — quickly reasserts its dominance. However, this reassertion tends to happen in ways that fail to deal with the uprising’s underlying causes”

SUMMERS ON STIMULUS — Larry Summers in WaPo: “Biden’s $1.9 trillion covid-19 relief plan … would represent the boldest act of macroeconomic stabilization policy in U.S. history. Its ambition, its rejection of austerity orthodoxy and its commitment to reducing economic inequality are all admirable. … Yet bold measures need to be accompanied by careful consideration of risks and how they can be mitigated.”

DEMS DIVIDED ON STUDENT LOAN RELIEF — Our Michael Stratford: “Senate Majority Leader Chuck Schumer and the White House are divided over how to move forward in the coming months on a key progressive priority: canceling large swaths of the outstanding $1.5 trillion of federal student loan debt.

“The conflict forecasts a looming fight over student loan forgiveness that could be a major test of how far progressives can push … Biden, who has sought to cast himself as a bipartisan dealmaker and unifier.

SOLID COMPANY PUSH BOOST STOCKS HIGHER — AP’s Damian J. Troise and Alex Veiga: “A broad rally on Wall Street Thursday added to the market’s solid gains this week and pushed the S&P 500 and Nasdaq composite to all-time highs. Strong company earnings and optimism that Washington can reach a deal for another round of fiscal stimulus for millions of Americans who need it has kept investors in a buying mood this week.

“The S&P 500 rose 1.1 percent, eclipsing the benchmark index’s last record high set early last week. The three major stock indexes are on track for weekly gains above 3%, an encouraging start to February after a late fade in January.” 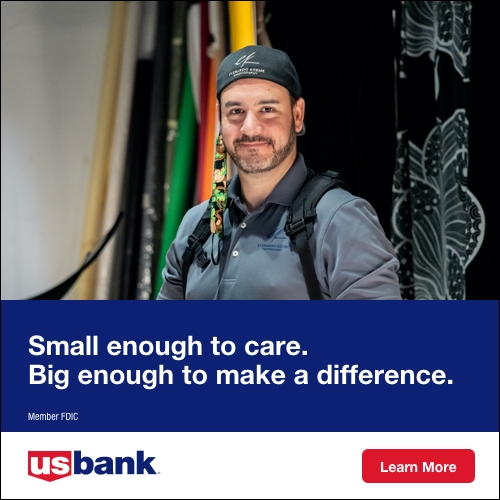 THERE ARE STILL 16 MEME STOCKS WITH AT LEAST 100 PERCENT GAINS IN 2021 — Bloomberg’s Sarah Ponczek: “Of the 50 stocks that Robinhood originally put on its restricted list, roughly a third have doubled or more in price in 2021, while only six are lower year-to-date. Leading the pack is Naked Brand Group Ltd., whose shares are 546 percent higher this year. Koss Corp. is up 528 percent while GameStop shares are still hanging onto a gain of 317 percent.”

YELLEN, REGULATORS MEET AMID GAMESTOP FRENZY — NYT’s Jeanna Smialek and Deborah B. Solomon: “Treasury Secretary Janet L. Yellen met with fellow regulators on Thursday to discuss recent market volatility and few wild weeks on Wall Street, in which a crush of retail investors sent stocks soaring — in GameStop’s case, more than 1,700 percent — and then plunging back to earth.”

She said the market infrastructure proved resilient amid the frenzy — Bloomberg’s Christopher Condon and Saleha Mohsin: “U.S. financial regulators determined that the infrastructure of stock and commodity markets remained “resilient” during the volatility in trading seen in recent weeks.”

“The consultation, announced Thursday, suggests the SEC wants to kickstart languishing efforts to address the sector, which has twice needed government intervention in recent years to stabilize after investor runs.”

A message from U.S. Bank:

That’s why we bring together executive directors of nonprofits across the country to serve on our Community Advisory Committee—our sounding board for our outreach efforts, products and services. They don’t always tell us what we want to hear—but their honest feedback makes us better.

From Charlotte to Los Angeles to Milwaukee, they bring us into their neighborhoods and communities to help us better understand how we can make a difference.

When we look at an organization, we don’t think about one thing we can contribute. We take every opportunity to enrich the partnership.

Because it’s not about just writing checks. It’s about our 70,000 employees getting personally involved, putting in the hours, and doing the work because they care.

“The private banker, Patrice Lescaudron, was sentenced to five years in prison in 2018 for fraud and forgery. He admitted cutting and pasting client signatures to divert money and make stock bets without their knowledge, causing more than $150 million in losses, according to the Geneva criminal court.”

“[Martin] is a recognized leader who enhanced the SEC’s regulator and supervisory cooperation with key international counterparts and deepened its engagement in international standard-setting bodies,” former SEC Chair Jay Clayton said in a statement.

MORE TRANSITIONS … Charlie Thornton, who was the Commodity Futures Trading Commission’s chief of staff during the Trump administration, has started his own financial services lobbying firm, T Cap Solutions.